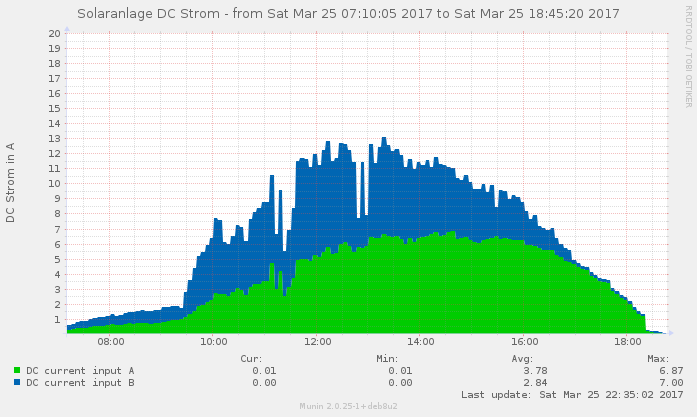 In order to log the performance of our solar system at work in a Munin graph, this library was developed for reading SMA Tripower solar inverters. These solar inverters have an Ethernet interface and use an industry standard protocol called "ModBus".

The existing ModBus implementation for PHP had to be modified a bit for this, because the inverters in TCP query mode start a new TCP packet after the ModBus header and thus bring the original ModBus implementation out of sync. My patched version of the library can also be found on GitHub.